There’s no question that Texas has a rich history. San Antonio has the Alamo, and Austin has the Capitol, but Houston remains the historical center of Texas. Houston was the first capital of Texas, where the first national bank was founded, and the Galveston Daily News was the first Texas newspaper. It’s worth mentioning that Houston has various buildings in and around downtown that have stood for over a century. Whether you’re a visitor or native Houstonian, you’ll be surprised to learn of all the history that’s open to the public around town.

The Heritage Society is a nonprofit organization with a mission to explain and preserve the diverse history of Houston and Texas, specifically from the early 1800s to the mid-1900s. It has saved ten historic buildings, moved them from various locations in Sam Houston Park, and restored them to reflect their respective eras. These ten buildings, plus the Museum Gallery, house more than 23,000 historical artifacts. Take in amazing views of the downtown skyline while visiting this iconic park.

The Holocaust Museum Houston is dedicated to remembering the 6 million Jews and other innocent victims of the Holocaust and honoring the legacy of the survivors. The museum features the Bearing Witness: A Community Remembers exhibit, which focuses on the stories of Holocaust survivors living in the Houston metropolitan area as well as a 1942 World War II railcar of the type used to carry millions of Jews to their deaths. 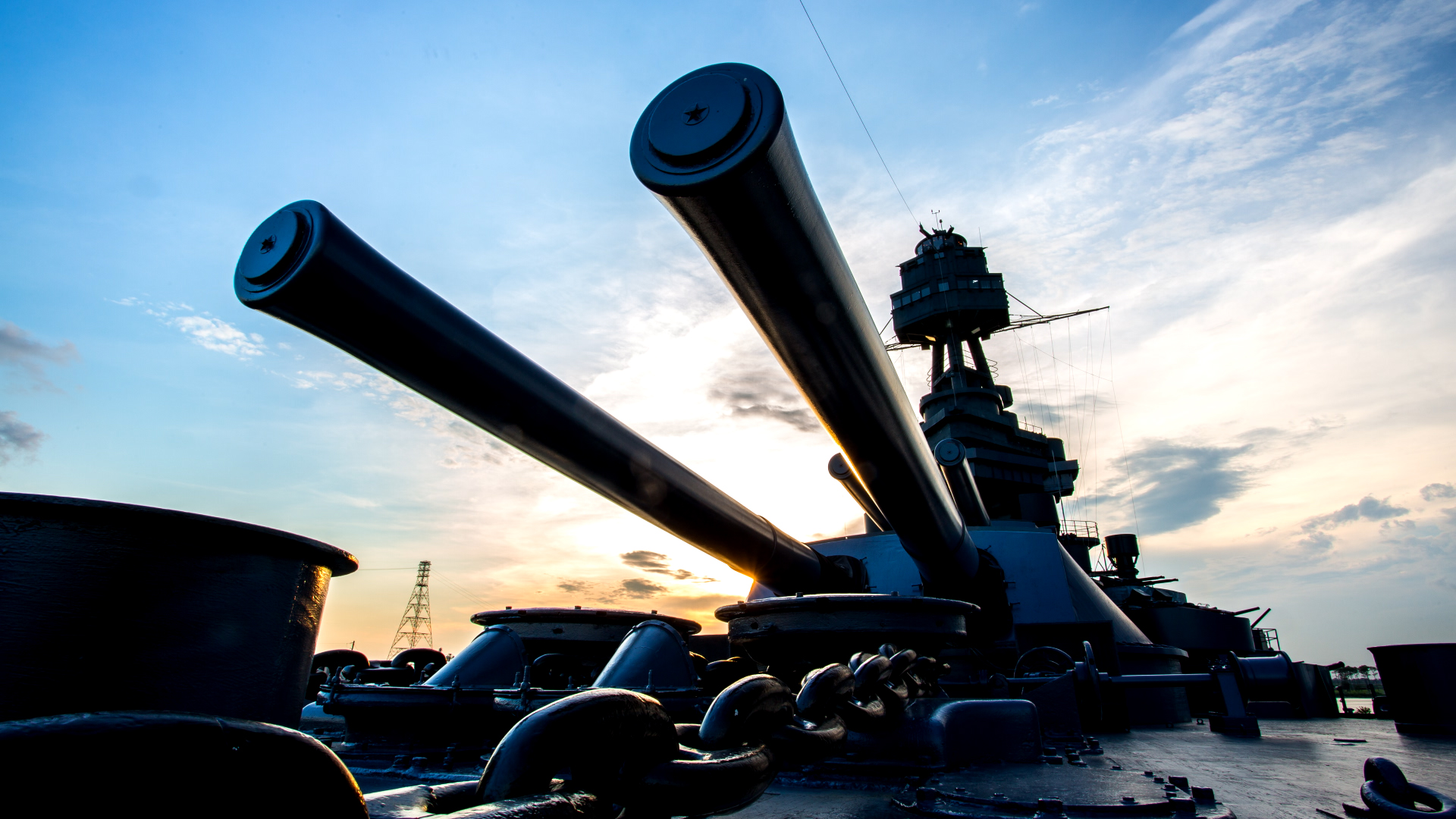 Formerly known as the U.S.S. Texas, Battleship Texas it the last of the battleships to participate in World War I and II. The vessel became the first battleship memorial museum in the U.S. in 1948. Battleship Texas was launched on May 18, 1912 from Newport News, Virginia. When the U.S.S. Texas was commissioned on March 12,1914, she was the most powerful weapon in the world, the most complex product of an industrial nation just beginning to become a force in global events. The vessel went on see signifcant action in the African, Pacific, and European theaters of WWII. The Texas holds the distinguished designation of a National Historic Landmark and a National Mechanical Engineering Landmark.

Washington on the Brazos

It was March 2, 1836 when 59 delegates bravely met at Washington, Texas to make a formal declaration of independence from Mexico. From 1836 until 1846, the Republic of Texas proudly existed as a separate nation. Washington on the Brazos is, indeed, “Where Texas Became Texas.” Just Northwest of Houston, Washington on the Brazos State Historic Site has many onsite amenities open daily, as well as an incredible schedule of events and programs. On the grounds of this 293-acre, TPWD-run state park is Independence Hall, the Star of the Republic Museum and Barrington Living History Farm.

Space Center Houston, now a Smithsonian Affiliate, features one of the largest collections of space artifacts in the country. With more than 400 space artifacts including flown spacecraft, the largest collection of moon rocks on public display and at least three major exhibits a year, Space Center Houston offers an array of exciting attractions for people of all ages. You don’t want to miss Independence Plaza, the only shuttle replica mounted on a shuttle carrier aircraft open to the public. The eight-story, multiple-exhibit complex gives visitors a rare glimpse into the historic shuttle era and the NASA breakthroughs and technological advances gained from the Space Shuttle Program which impacted future exploration.

George Ranch Historical Park represents 100 years of Texas history on 23,000 acres.The farm has passed through four generations and grown into one of the area’s top landmarks. It all began in 1824 when this was still Mexico and the first American pioneers settled near the Brazos River. The family's original "home place" is at the core of the George Ranch Historical Park where, every day, the legends and legacies of those who shaped this place come to life.

The San Jacinto Museum and Monument

Texas became a republic following the Battle of San Jacinto, and that historic battleground lies in what is now the La Porte area of Harris County. The San Jacinto Monument is the tallest war memorial in the world at 15 feet taller than the original Washington Monument. The San Jacinto Museum of History is located at the base of the monument. The museum is home to one of the largest collections of Texas art and artifacts. Take advantage of the 500-foot elevator ride to the observation deck atop the San Jacinto Monument and see Houston from above. Look out for the annual San Jacinto Day festival in April. 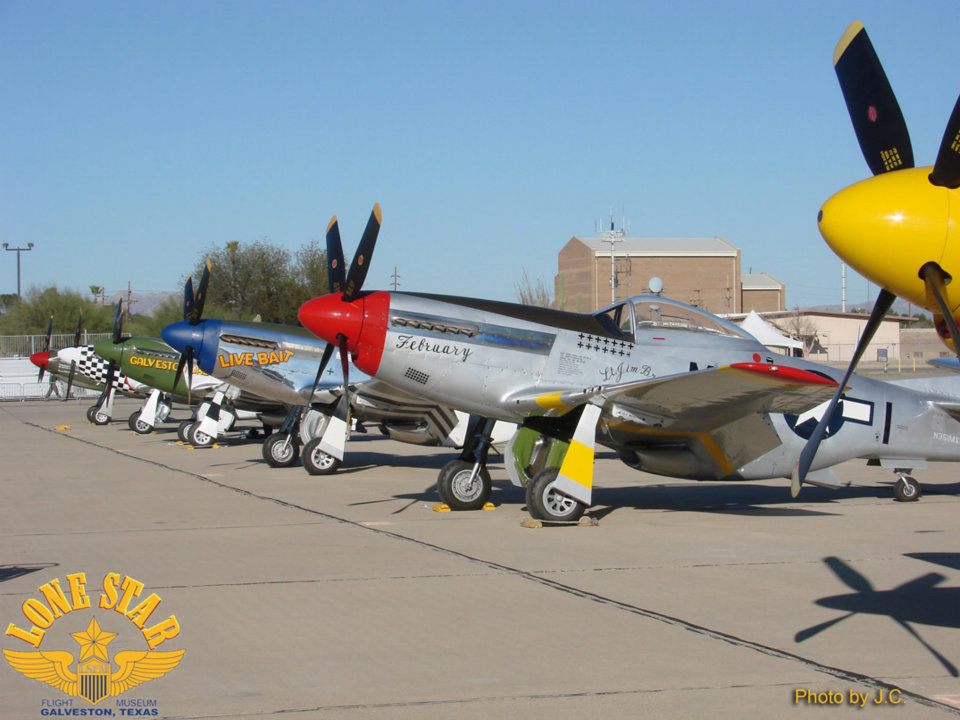 Recently reopened in a new state of the art facility in Houston, the Lone Star Flight Museum aims to inform and educate the public of their aviation heritage and history by acquiring, restoring to flying condition and preserving a collection of aircraft representing the evolution of aircraft design and operational capabilities. Rides are available on the B-17 Flying Fortress, B-25 Mitchell, Stearman, and T-6 Texan.

The 1940 Air Terminal Museum is the only educational institution in Houston dedicated to promoting the city's significant civil aviation history. The airport terminal is a beautiful and rare example of classic art deco airport architecture from the golden age of flight that served Houston during the years of airplanes like the Douglas DC-3 and the Lockheed Constellation. Designed by noted architect Joseph Finger (who also designed Houston's City Hall), the Terminal now acts as a must-see museum of airplanes, rare memorobelia, and Houston history.

Bayou Bend, the former home of Houston philanthropist Ima Hogg, now houses the Museum of Fine Arts, Houston's early American decorative arts and painting collection. The home also features beautiful gardens preserved in the full elegance they exuded when Ms. Hogg resided at the property. Considered one of the premier collections in the country, the rare and beautiful objects dating from approximately 1620 to 1876, are installed throughout the 1920s mansion in 28 period room settings. The Bayou Bend Collection is one of the nation's foremost assemblages of American decorative arts dating from 1620 through 1876.